Flexomatic is an app which lets independent Amazon deliverers grab “blocks” automatically according to their schedule.

A block is a term describing a shift, where the deliverer goes to a warehouse, gather packages and get them delivered to one or several addresses.

Amazon Flex offers reverse auctions; people have to accept on the app offers where they see a wage, a time schedule and a location. Plus they have to accept the offer fast.

That’s where Flexomatic comes in between to ease the process of accepting offers according to the deliverer’s constraints.

I am the main developer of the app, and currently the Chief Technical Officer (well, technically, being a CTO is cumbersome, so I’m not sure I’m proud of being that!).

I am fond of software development, and I spend most of my time hacking on a few personal projects: 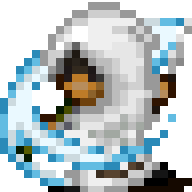 Sometimes called Dummy Project, is a toolsuite aimed for building an online 2D role playing game through an RPG Maker 2003 flavor. It is mostly written in C++, using Qt for the map editor, SFML for the client and Boost for the server part. I am also using lua to script some Map evenements and NPC behaviour.

I do not have the time to work on the project anymore but I have left its source code for conveniency. If you want some (French) feedback about it, you might want to check out this /2020/02/22/dummy-mon-meilleur-echec.html.

If you wonder about the project’s name, well, check this out (French spoken): https://www.youtube.com/watch?v=HXstRfE9AVU

As I love both Turks and Turkey, upon meeting a good comrade of mine whose name is Levent, we had the idea of building a crowd-funding website to gather funds in order to help village schools (“köy okulları”), mostly in need of decent supplies to renew their school or even dress their pupils with decent schoes!

The website is made with Django and Boostsrap/JQuery. It took a few months to be released. We have made an independent association under the law of 1901 to manage the development of the platform among other things.

Last but not least, KoyOkulum’s right spelling is “Köy Okulum” and stands for “My village school”.

Anagrams is a web interface where you can find the anagrames of your first & last name. The database only contains surnames and first names of people born in France though, so you might feel very limited if you are looking for specific names.